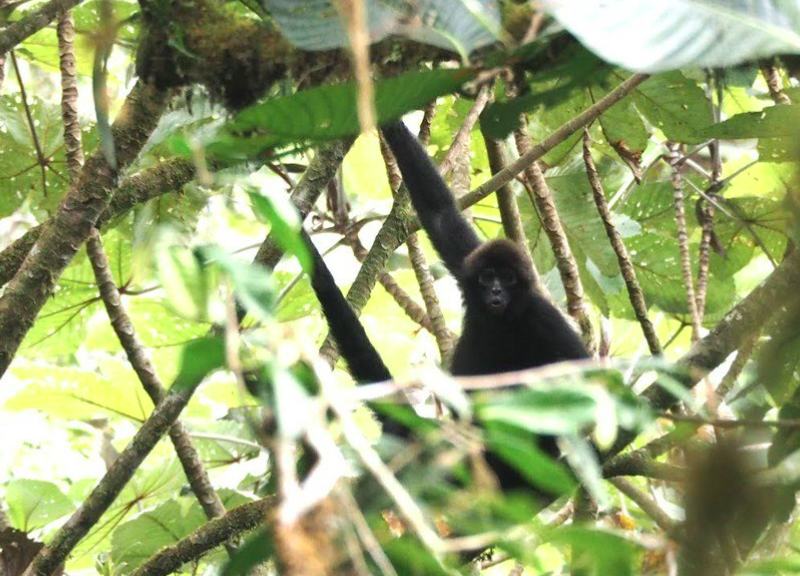 (Shared from the Center for Biological Diversity)

In this unprecedented case, the court could use Ecuador’s constitutional provision on the “Rights of Nature” to protect the forest from mining. Two-thirds of the reserve are now covered by mining concessions granted to the Ecuadorian state mining company ENAMI and its Canadian partners, Cornerstone Capital Resources and BHP. The Constitutional Court agreed in May to hear the case.

Jane Goodall, E.O. Wilson, Peter Raven, Rosemary and Peter Grant, and more than 1,200 other scientists from all over the world have urged the Ecuadorian government to stop mining activities at Los Cedros and Ecuador’s other protected forests. In an August letter, the scientists noted that Los Cedros is home to a remarkable 207 different species of plants and animals included on Ecuador’s Red Lists.

The scientists expressed grave concern about mining’s impacts on the exceptional biodiversity of Ecuador’s protected forests and specifically requested that all mining concessions be removed from those forests, including Los Cedros.

Earth Law Center, Global Alliance for the Rights of Nature, and the Center for Biological Diversity an amicus curiae (friend of the court) brief before the Ecuadorian Constitutional Court. It asks the court to protect Los Cedros and robustly enforce constitutional provisions that establish basic rights of nature, or “pachamama,” including the rights to exist and to restoration.

“Mining companies can’t be allowed to threaten the exceptional biodiversity of Ecuador’s protected forests,” said Alejandro Olivera, senior scientist and Mexico representative at the Center for Biological Diversity. “Los Cedros Reserve is well known for its critically endangered brown- headed spider monkeys and endangered spectacled bears, as well as orchids found nowhere else on Earth. Mining companies must halt this threat and stop all mining operations at Los Cedros.”

“Twelve years after first recognizing the rights of nature in its Constitution, Ecuador must now uphold these rights in earnest, including by protecting the Los Cedros forest from devastating mining concessions,” said Constanza Prieto Figelist, Latin American legal lead at Earth Law Center. “Enforcing the rights of Los Cedros forest will also protect the human right to a healthy environment and rights of future generations because we all rely upon healthy, functioning ecosystems for our very survival.”

The groups note that the case is of great significance, both for Ecuador and the world, because it has the potential to establish important and influential “Earth jurisprudence” that will help guide humanity to be a beneficial rather than a destructive presence within the community of life. The proposed mining is unlawful, the groups say, and must be prohibited on the basis that it violates the rights of the Los Cedros Protective Forest as an ecosystem as well as the rights of the many members of that living community.

Allowing the mining to proceed would also be contrary to the national objective of achieving good living (“sumak kawsay”) and consequently would violate the Constitution of the republic of Ecuador, the groups argue. It would also be a violation of the fundamental and non-negotiable principles of nature that humanity must respect in order to live harmoniously and flourish.

An active petition to Ecuador’s government officials and the mining companies has also been launched, and the court ruling will come soon.