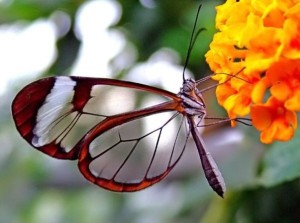 Presenter: Gabriela Ruales, Ecuador Experts: Elena Galvez, México Affected: Alicia Cahuiya, Waorani-Ecuador The Yasuní case was admitted to the first International Tribunal in Quito in January 2014. The case has convened two additional sessions, in March and August 2014, during which testimonies were received. The resolution of the August 2014 Tribunal sentenced the government of Ecuador for violation of the rights of Nature and ordered the Ecuadorian government to stop all mining activity in the area known as ITT (from the name of the deposits located there). In addition, the Tribunal ordered that a committee be appointed to report on the activities aimed at the exploitation of the park by the government of Ecuador. The Tribunal heard representatives of the Yasunidos movement and learned about what is happening in the Yasuni National Park with oil operations authorized with a mediocre environmental study that ignores the rights of Nature and impacts of the extraction activity on the different ecosystems. The Yasunidos testimony condemns the violation of their right to call a referendum by popular initiative and electoral fraud. Documentation of the infringements has been filed with the Commission. Yasunidos denounces attacks on their right to association, freedom of movement and expression as well as the bullying and harassment attempts to prevent the group’s travel to the Lima Tribunal and UN COP Convention. The Tribunal heard testimony from Patricia Cahullí, a Waorani woman who told about the consequences of oil exploitation in the conflict among the Waorani people in contact with the West and the Taromenane Waorani people living isolation. For some years now, people have attacked each other. Recently, Taromenane killed two contacted Waorani, Ompure and Buganey. The family, as is part of their tradition, in turn, killed some members of the Taromenane people, possibly more than 20 people with firearms. It is expected that this circle of death will continue. The local tribunals intervened and ruled that no violation by the bodies have been found. She asked the Tribunal to urge that indigenous nationalities of Ecuador assume responsibility for indigenous justice among the Waorani. The Tribunal resolves to urge the indigenous nationalities of Ecuador to use their power to resolve internal conflicts, practice indigenous justice and resolve this conflict among themselves. In relation to assaults on Yasunidos, the Tribunal recommends the development of an expert paper on the popular Yasuni ITT initiative as a means of last resort to defend the rights of Mother Earth. The document is to be sent to the Commission and the Yasunidos movement.

History of the Case with the Tribunal

Verdict  of the Rights of Nature Ethics Tribunal, Yasuni Case August 15, 2014  The Special Court for Yasuní, established by the Rights of Nature Ethics Tribunal, met Friday, August 15th, 2014, one year after the declaration of the President of Ecuador to make way for the exploitation of the ITT block in the Yasuni National Park, hence ending the Yasuní-ITT Initiative. This Special Chamber met, following the provisions of the Court established in Quito on January 17th, 2014, chaired by Vandana Shiva, and the Special Chamber of the Court for the Yasuní case convened on April 11th, 2014, chaired by Boaventura de Sousa Santos, who ordered the creation of a special Committee to permanently monitor the implementation of the judgment.
-
0
Share on Facebook Share on Twitter