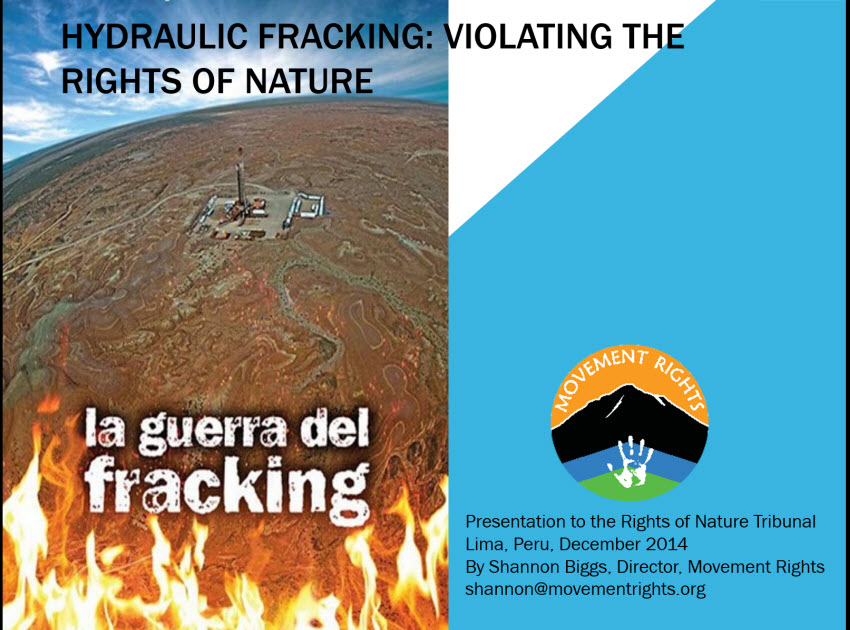 “This is the legacy of fracking … the violation and the rape of Mother Earth that follows fracking wherever fracking goes.” – Shannon Biggs

Hydraulic fracturing is a well-stimulation technique to release oil and gas through high-pressure injection of water, sand and chemicals into rock formations rich in hydrocarbons. The process involves the drilling of a deep well and injecting millions of gallons of toxic fracking fluid. This fluid is a mixture of water, sand and chemicals injected at high pressure that fractures the rock and releases the oil or gas. More than 600 toxic chemicals are used in the fracking process. This technique affects various parts of our planet around the world and jeopardizes the rights of nature. Hydraulic fracking is a wide-spread reality in the United States and an emerging possibility in Bolivia, Argentina and other parts of the world. The Hydraulic Fracking case was originally filed in January 2014 at the first International Rights of Nature Tribunal in Quito and accepted as a possible violation of the rights of nature and the rights of people who, despite being against the technique, have to live with the devastating effects.  The Lima Tribunal expanded the evidence and expert witness presentation of the Hydraulic Fracking case. The Hydraulic Fracking case was presented by:

Hydraulic Fracking: Violating the Rights of Nature by Shannon Biggs

Shannon Biggs introduces a clip from the video of Kandi Mossett speaking of the impact of Hydraulic Fracking in her native North Dakota around the Bakken shale formation and oil fields.  Kandi speaks clearly and eloquently on behalf of her people and the rape and violence that is happening to them and their homeland.

Kandi Mossett’s full presentation is presented here.  For a shorter version start at 15:45 minutes.  At 19:15 minutes Kandi shares “We are dealing with these radioactive socks that are off the charts of the Gieger counters.” “They are supposed to pay to put these in specially located, specially facilitated dump grounds … they just dump them in the ditches.  This one was actually found by children.  Some of them were playing with them saying ‘Hey, we’re catching bugs with our new nets’ [radioactive frack socks].” Shannon Biggs recommends expanding the case to include examples from other countries. Related articles: http://m.billingsgazette.com/news/state-and-regional/wyoming/with-shell-and-encana-gone-what-does-the-future-hold/article_b7d0c919-8b0b-5b7d-9586-5b86aae4a43b.html?mobile_touch=true http://fracklist.org/2014/07/list-harmed/
-
0
Share on Facebook Share on Twitter 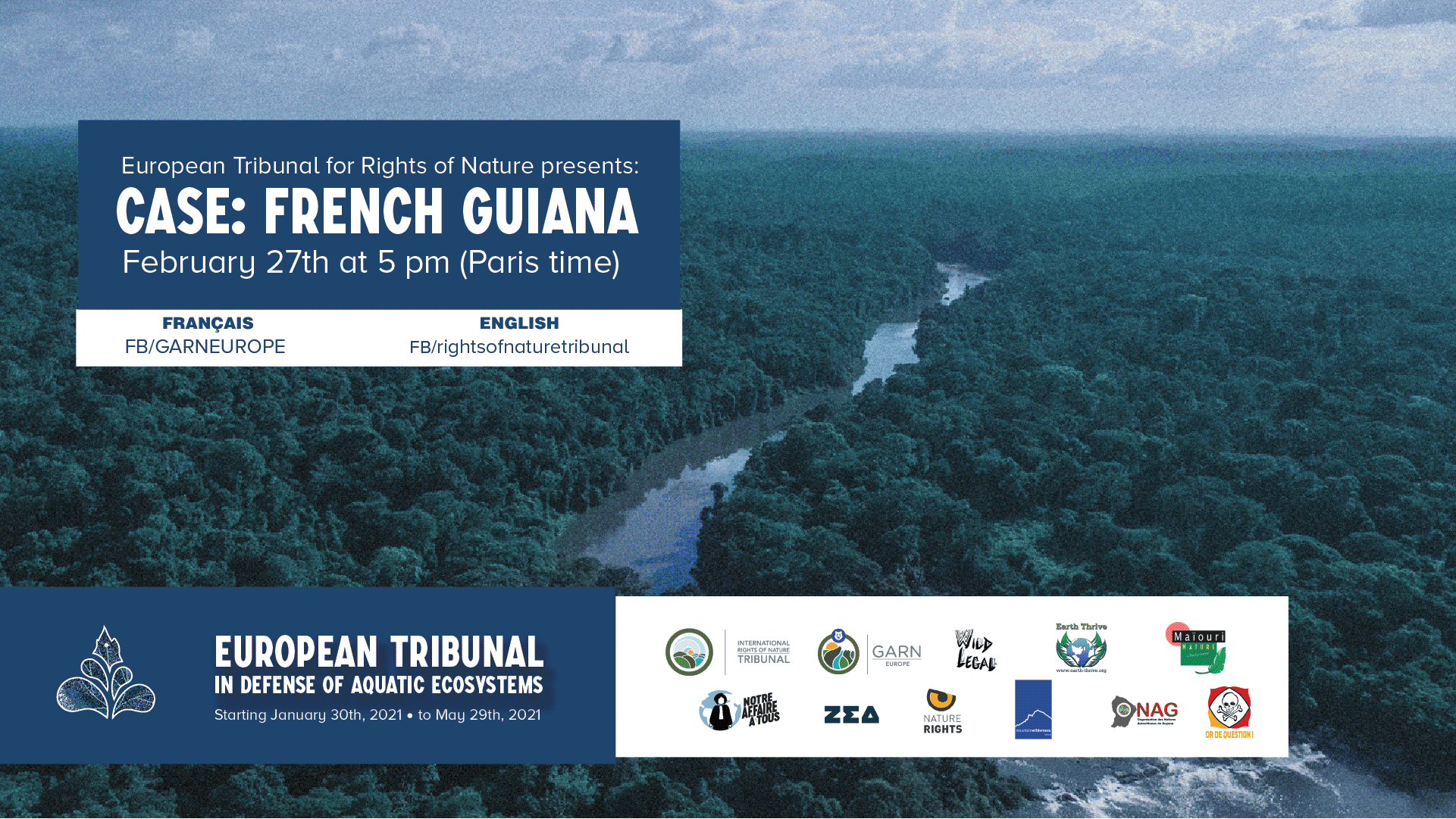 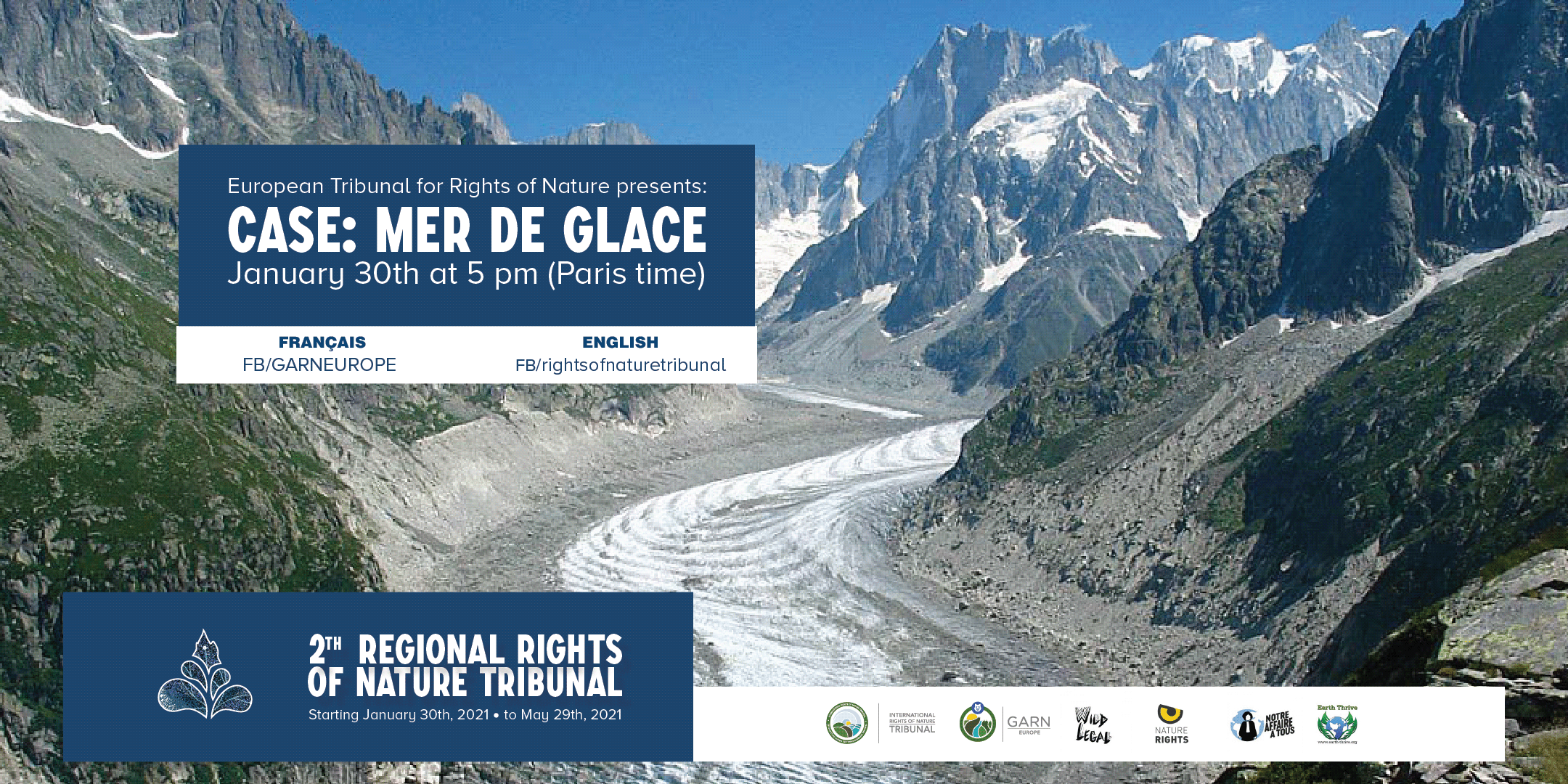 First audience of the Tribunal in Defense of Aquatic Ecosystems: Rights for la Mer de Glace